Recent news reports a woman has been sentenced to more than four years in prison for her part in a scam to bring foreign workers to the United States illegally on fake H1B visas. This woman named Sunitha, 44, along with her husband, Venkat Guntipally, 49, of Fremont.

According to the Justice Department’s statement. Guntipally said she and her husband founded and own employment-staffing companies DS Soft Tech and dichotomy, which look for talent for Tech companies.
Guntipally admits that between 2010 and 2014, she and others filed more than 100 bogus petitions demanding that foreign workers be allowed to work at U.S. companies.
However, according to the Justice Department, the companies listed in the application that require these skilled workers “either do not exist or have never received the proposed H1B workers.”
“None of them ever intended to receive those H1B workers,” the statement added, “These applications were designed and intended to create a pool of H1B beneficiaries who then could be placed at legitimate employment positions in the Northern District of California and elsewhere.”
The Trial Result: 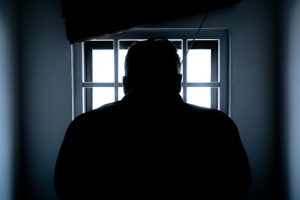 Guntipally will serve 52 months in jail, then be released under supervision for three years and pay a $50,000 fine.
Guntipally’s associates have pleaded guilty to their role in the scheme. They were sentenced to be in prison between 14 and 20 months. Guntipally’s husband Venkat will be sentenced on March 21, 2018.